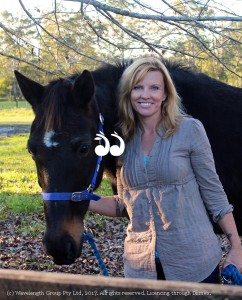 1. What do you think are the priorities for the people of the Upper Hunter area?

Better funding for the education of Upper Hunter and rural children. Unethical and industry driven government decision makers, and the current destruction of our lands, water (including ground water) and all animal species which are being sold out to corporate greed. New Englanders, like all Australians, are demanding a real change in how our politicians do business.

2. What are you major policies?

Our policies are broken down into 3 key areas of animals, environment and humans. For animals this include farm, companion, marine and wildlife. For environment this includes climate change, natural gas, Great Barrie Reef and land clearing. For humans this includes economy, education, health, law and social justice, mental health, family violence and and population.

I live on the Central Coast and getting my place ready to sale so that I can relocate in a rural location as I have 3 rescue horses and believe Im a country girl at heart. So I have been called an outside and I do respect local people may choose to give their vote to local people. Though for me I was more than willing to drive 500ks + to hear many in the local community, teachers and families speak about serious issues that will affect so many Aussie kids and it was a shame that the previous Member for New England ignored this request to attend the recent community education forums, and in fact spent one of the evening with a wealthy mining magnet who offered him a persona $40 000 cheque.

4. Would you support funding for an in town rail overpass in Scone?

5. Would you change section 44? Why/Why not?
I do not have a problem with the current section 44. I do think it has been such a wasteful costly mess that the tax payer has been left with to pay for. I would be open to reviewing the eligibility of all candidates in all areas of Government.

7. Do you support coal seam gas development?
AJP recommends that there should be no expansion of natural gas use, whether from coal seam or other sources.

8. Would you reopen/establish more federal government services in the Upper Hunter area such as the Medicare office?
Yes we need local services that give local jobs. It is unfair, almost discrimination to expect older people or those with limited skills or internet to have to deal with using the services that they are entitled to have, that they must have to work through the current online options. This is partially a poor way to treat people in areas with an ageing population. Big Government decision makers may say it save us money, but in the long run, it always costs local jobs, local economy and has impacts that can be costly with more mistakes and or vulnerable people missing out on basic needs.

9. Would you support mining in the Upper Hunter area?
No. I would not support an industry that may have peak profits but leaves community and the environment worse of once people up the top have made high profits. They don’t live here, they are not left with the consequences that is permanent damage and destroyed for our future generations to have.

10. What would you do to create jobs and growth in the Upper Hunter area?
More services to Tafe, education, government centres. Without education there is limited job opportunities or skilled workers. Incentives for plant based farming and medical cannabis production in surrounding areas to create new hubs for jobs and economy that are sustainable and prosperous.

11. Will you support the gay marriage bill? Will you support religious protections? Why/why not?
Yes I have and do support marriage equality. Although most Aussies use marriage celebrants and do not marry in a church these days. It would be hard to imagine someone wanting to perform their marriage service if they were not in support of it, still it would be unfair to expect a minister to conduct a ceremony that they did not support. We do already have some religious protection for churches and services where exemptions exist such as of employment with some Christian organisations eg. you must be a Christian and active in that faith can be stated in the job description. This type of exemption should apply to areas of performing marriage services.

12. Do you think there should be a renewable energy target? Why/why not?
Yes. AJP recommends that current natural gas use be rapidly phased out in favour of clean energy technologies. Rapidly, in this case means 15 to 20 years.

13. Do you think the company tax rate should be lowered? Why/why not?
This depends on the size of company. Small business is already struggling. Large major companies are driving out the medium and smaller ones. Large companies and industries have been holding Australia hostage with threats to pull out and invest elsewhere if the do not receive the ongoing tax breaks they have in place. This needs to change that they are in control and receiving all the benefits while our current government decisions makers keep allowing them to cut corners like bring in overseas workers who send their wages home where we have unemployed youth who cant get apprentices, so many people want to work and when they have employment the money is spent here as well as the tax they pay. Bigger companies, especially overseas companies should be paying higher rates. Smaller companies needs more support so they succeed and thrive, especially local business initiatives. When we have local jobs it helps communities and it helps a stronger economy.

14. What do you propose should be done with refugees?
I wish I had a clear answer on this one. It seems no one has the right answer and there is a lot of conflicting information. This is a subject I admit I need to learn, listen and research. As a parent I know I would do anything to keep my children safe and give them the best life and I am so grateful to have been born in Australia. I cannot imagine what some refugees go through and I know there have been many Aussies that come from a refugee background and I think we should ask them and also look to what is working in other countries to come up with better solutions.
15. The majority of federal road funding goes to Sydney, what do you proposed to do to get more funding for the New England and where would you spend it?
Its a priority to get the funds to the places that need it the most. New England like many areas is constantly overlooked by Government decision makers who have completely lost touch. Sydney people may have high rent, though they have so much greater access to good transport, health services, internet and job and training opportunities. The Member for New England must address this from start to finish in serving the New England people at every issue in all political dealings and also through serious ongoing lobbying at every opportunity that brings real results in action.

16. What would you do to make housing more affordable?
We need local, state and federal Government to work together in solutions for affordable housing. All too often they point fingers and pass the buck and this does not provide and solutions leaving Australians worse off. I would be pushing this address be address across all levels and set out a time frame to measure results that we need to see progress.