Recent News > The Most Horrific 30 Hours

The Most Horrific 30 Hours

“I got that call at 9 o’clock on the Sunday night that they found those two boys alive and I was asked if I could blast a tunnel towards two human beings without killing them and if I could do it how close could I get before I would kill them,” said Darren Flanagan, explosive expert who worked on the Beaconsfield mine rescue. 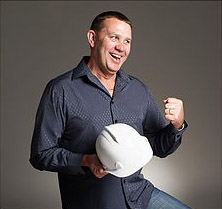 “From that phone call, two hours later there was a jet arrived at Nowra to pick me up at midnight and then whisk me off to the mine during the middle of the night and it was probably the most terrifying experience of my life to be flown into something where the entire world was watching and to see their families standing there at the mine waiting for news about their men and it has a profound effect on you to watch those people go through what they were going through,” he said.

“In the end to be there and to be doing that final bit of that blasting and knowing that you were so close to their bodies and you were doing something that had never been done before and I basically went underground and had the pictures of their children in my mind and every single time I pushed those buttons I thought about every one of those kids and how I’d live with myself if it went wrong and whether I could forgive myself.

“When I came out of that mine I should have been feeling really good, but that immense pressure that you put yourself under for so long, I mean I’d been underground for nearly nine days straight blasting and getting ready and you put a lot of pressure on yourself,” he said.

“I spent a long time trying to recover and a lot of the other boys did too,” Darren Flanagan said.

When Darren arrived on site, the option to blast their way to the survivors was number 20 and Darren watched over a period of days as that option rose to number one.

He said the successful rescue was a mix of luck and skill which could have turned either way at any time and likened it to the movie “Sliding Doors,” and how lucky they all were things turned out the way they did.

“I could have been forever known as that guy who killed the two Beaconsfield miners,” he said.

“The ground was unstable and there could have been another earthquake while we were down there and the ground movement; we were all worried and it would have hung over us for the rest of our lives if we’d made a mistake or not,” he said.

Darren feels his purpose is now to speak to groups like the Virtual Shed and take people on his journey to see how easily mental health can impact you and how people can help each other.

“Part of the reason I’ll be speaking is to talk about the impact that mine rescue had on all of us, particularly on our mental health and I guess that was the first time in my life the realisation that mental health was real and it can affect anyone at any time and pressure and stress is a major contributor,” he said.

“You don’t need to be involved in a war or a rescue you can just be the first person on the scene of a tragedy and your life will be changed forever and you don’t have to be involved in a major event to have mental health issues it can be triggered by so many day to day things, your job, a breakdown of a marriage all sorts of things and I want to make sure that guys out there know that we need to stop brushing it to the side and address it,” said Darren Flanagan.

Darren’s story is an amazing one and one you can hear first-hand on Saturday at the Scone Bowling Club at 6:30pm, tickets are still available: Scone Neighbourhood Resource Centre.