MERRIWA showed their ANZAC spirit as the community turned out to pay tribute to those fallen, the survivors and and those currently serving in the military of Australia and New Zealand.

Master of Ceremonies, Brian Booth, said he was pleased with the attendance at the dawn service and the involvement of the community. 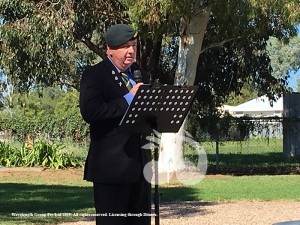 Master of Cermonies Brian Booth addresses the crowd at the 2019 Merriwa ANZAC ceremony.

“We had a good turnout for the dawn service, extremely good,” Mr Booth said

“We have a lot of community organisations in the town who all like to participate in the ANZAC service, it is a privilege to be able to conduct these services,” he said.

Local Merriwa Central School student Nicholas Thorburn was the guest speaker for the ceremony and paid respect to those in our armed services and reiterated what ANZAC Day means to Australians.

“ANZAC day is not just a public holiday and a date on the calendar, but rather a spirit and a day to remember the brave efforts of the ANZAC’s; on this day we reflect on the hardships of the men and women who fought through the wars during the past, displaying courage, discipline, self sacrifice, self reliance, resourcefulness and friendship,” he said. 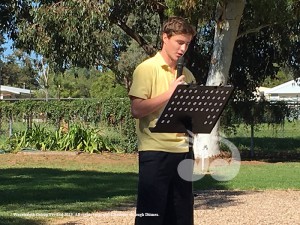 “ANZAC numbers may grow smaller over the years but the one thing that will never leave is the ANZAC spirit which was ingrained in us from the battlefields over a hunderd years ago, we thank all veterans that served our country, lest we forget,” Nicholas Thorburn said. 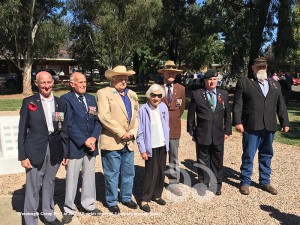 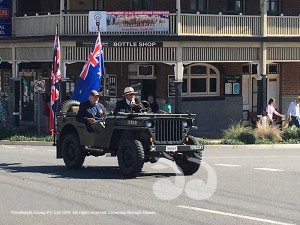 A restored Army Jeep during the ANZAC march. 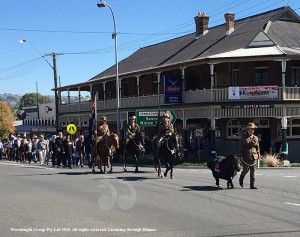 Member of the 6th Lighthorse lead the ANZAC march in Merriwa from the RSL to the Merriwa Cenotaph.

« They Were Everyday Australians
ANZAC Day in Gundy »