Filed in Just In by Taylah Fellows September 7, 2020

TWENTY-EIGHT eastern quolls have been released into the Aussie Ark Wildlife Sanctuary, making them the first quolls to return to the Barrington Tops in 60 years.

The Barrington Wildlife Sanctuary will provide a healthy fenced-off habitat to the released quoll’s, protecting them from feral predators.

“Eastern quolls have been extinct on mainland Australia since the 1960s, due to habitat fragmentation and predation from feral foxes, cats and domestic dogs,” Mr Faulkner said.

“By replicating the needed healthy and safe environment, I have hope of joeys being bred into our sanctuary,” he said.

The remaining eastern quolls at Aussie Ark’s insurance population facility will soon head into breeding season, with Aussie Ark confident they will see another successful breeding season this year.

Don Church, president of Aussie Ark partner organisation, the Global Wildlife Conservation, commended the conservation team and said the historic release is a result of their continued long-term commitment.

“By strategically reintroducing the right species in the right habitats, Aussie Ark is leading the way on re-wilding Australia, restoring the ecosystems to their original state,” Mr Church said.

“This benefits not only the quolls, the ecosystems in which they live…but helps ensure a healthier planet for all life on Earth,” he said.

To donate to Aussie Ark and help their conservation efforts, head to aussieark.org.au. 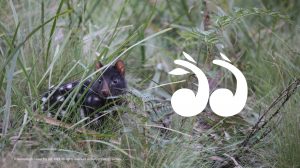 A released eastern quoll peering through the greenery. Photo by Aussie Ark. 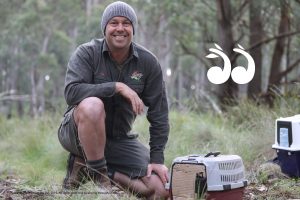 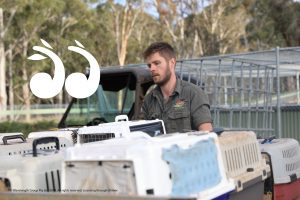 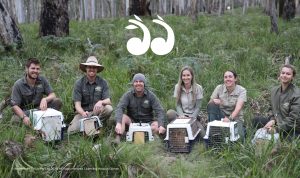 The Aussie Ark team out at the Barrington Wildlife Sanctuary. L-R: Max, Will, Tim, Hayley, Kelly and Claudia. Photo by Aussie Ark.