A BYPASS is planned for Scone as part of a solution for the railway level crossing issues.

In December 2015, the Roads and Maritime Services (RMS) published a review of environmental factors (REF) for the bypass, which is open for public review until February 19, 2016.

The RMS is holding drop in sessions at the Scone Motor Inn on January 21, February 4 and February 5.

The initial designs for the in-town rail bridge will also be on display.

Work on the bypass is due to commence in 2017, with both the bypass and the rail bridge due to be complete by 2019.

OVERVIEW OF THE BYPASS:

More information on this project can be found on the RMS website.

The Southern Approach of the Bypass:

The bypass at the southern approach to Scone.

The St Aubin’s Street Intersection of the Bypass: 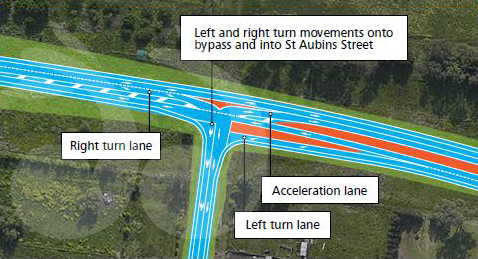 The St Aubin’s intersection on the bypass.

The Northern Approach of the Bypass: 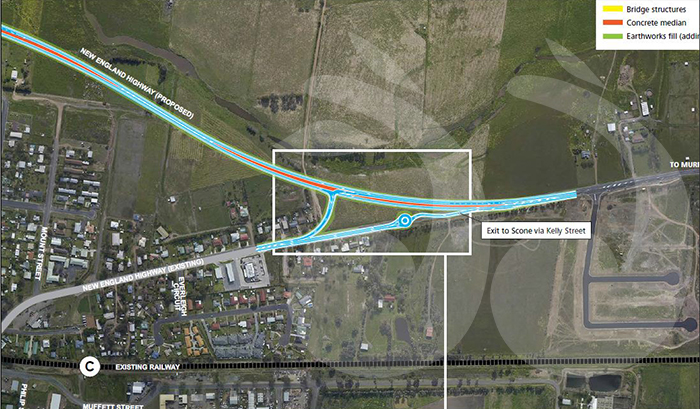 A wide view of the northern approach to the Scone bypass.

A closer view of the northern Scone bypass intersection.