AT last month’s Council meeting it was decided Campbell’s Corner, which was recently purchased by Council, would be classified as commercial property not community.

Councillor Sue Abbott raised concerns that the community were angered when the library building had also been classified as commercial, which allowed Council to sell the asset without any community consultation. 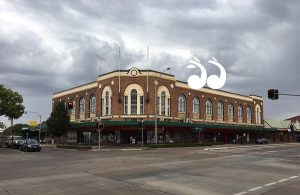 Campbell’s Corner was purchased by the Upper Hunter Shire Council for $3million.

However, Council staff explained the financial viability of the building relied on a degree of commercial tenancy, which meant it had to be classified as commercial, with the incorporation of community resources such as the library a possibility.

Mayor Wayne Bedggood said Council policy had changed since the sale of the library to ensure the community were notified of any future sales of commercial land owned by Council. Related story: Council Don’t Want Their Plans Advertised.

« Premier: No New Cases – But We Were Like New York
Westpac Tasked To Rouchel »