ETHEL Haydon celebrated her 100th birthday today at the Haydon Hall in Murrurundi.

A beloved member of the community, more than 50 people made sure to drop by and congratulate her, including students from Blandford Public School.

During her thank you speech, Ethel said “looking back, I suppose life was divided into periods”.

“The teenage years were fun, the war years completely changed our lives, then eventually peace and once more settling down into civilian life, marriage and children, educating them and watching them grow,” she said.

“Travelling with family, having visitors to stay and making a new home and garden and generally accepting life, and here I am turning one hundred today,” she said.

Her children, Peter Haydon, Judy Philpott and Lyn Hulmesaid they are amazed by her independence and resiliency.

“She is still driving, walking, using her iPad and independently living, a remarkable achievement for her age,” said Peter.

Ethel received an abundance of gifts, cards and flowers, including letters from The Queen and the Prime Minister.

Friends and family gathered to share stories of her deep-rooted history in the Upper Hunter Shire as one of the first settlers in the district.

Ethel is a member of the pioneering Haydon family, who established Bloomfield in 1832 and Haydonton, which is now amalgamated with Murrurundi. 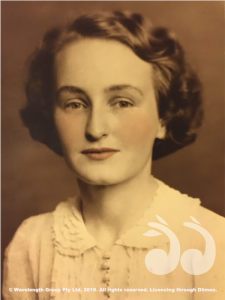 Ethel was born on June 6, 1920, in Maryborough on the coast in Queensland where she has early memories of playing on the beach, now Hervey Bay, and whale watching.

At 5 years old she moved to Toowoomba and started school.

Her family had a Dodge Tourer with a crank start that would skid back in the other direction in wet conditions.

She was born into a world recovering from the disastrous WW1 and grew up living through the tough Great Depression years.

She went to Glennie School where she was the senior Tennis champion.

After school, she completed a secretarial course and got her first job however, war broke out and she joined the VADs.

When Ethel was 21 she was enlisted to go overseas. 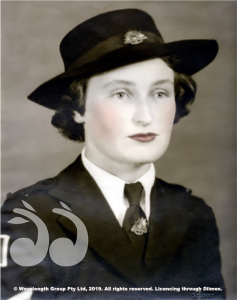 Her first posting was to Kildonan, Goondiwindi which is on the banks of the Macintyre River.

She met Jim Haydon when rowing a boat across the river to Merawah, as Jim had just returned from serving in the Middle East with the 7th  Australian Division Cavalry Regiment and was en route to New Guinea.

Jim had previously jackarooed there and was visiting his cousin’s, the Doyles.

During this time she found out that Jim had been reported missing from his first battle there at Huggins near Sanananda.

She only found out a year later he had survived after taking seven days to dig a shallow trench and crawl back to Huggins under heavy Japanese fire. 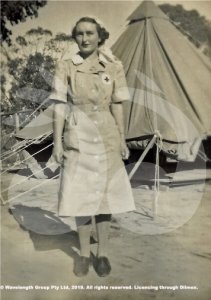 Ethel Haydon at Koitaki during her years of service. Photo provided by Peter Haydon.

She was posted to New Guinea to the hospital at Koitaki which was on a rubber plantation near the start of the Kokoda Track, just 30 miles outside Port Moresby.

One day she even walked the “Golden Staircase” which was at the beginning of the Kokoda Track.

She had a very unexpected reunion when Jim visited the hospital with some friends, reuniting them after over a year of her thinking he was still missing.

Jim was involved in some of the most intense and difficult battles.

He was the first in to capture Lae, was at Shaggy Ridge and was shot down at Balikpapan Bay.

Ethel was on leave when they decided to get married.

She had a week to arrange a rushed wedding on 5 August 1944 in Toowoomba. 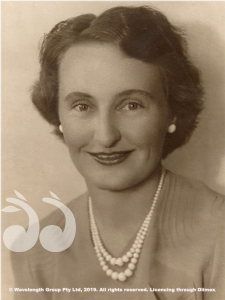 None of Jim’s family could attend from Blandford in NSW because of petrol rationing.

Only Marg Doyle, Jim’s cousin who had introduced them, could attend from his side of the family.

They then caught a train to Brisbane before Jim returned to New Guinea.

Towards the end of the war, she received a telegram to say he was wounded in action and that his plane had been shot down at Balikpapan.

As it turned out, Jim was in the same hospital as her brother Hod, who had been wounded from machine gunfire.

After the war, they returned to live at Bloomfield with Jim’s parents, where daughters Barb and Lyn were born before moving to Barsham a soldier’s settlement block at the head of Warlands Creek.

Here their third daughter Judy was born followed by Peter in 1955, the big flood year.

They had a kerosene frig, boiler, copper in laundry and no phone line.

There were 32 creek crossings and 19 gates on their trip to town.

The started their schooling doing correspondence.

In 1958 they built and moved into Bloomfield North where Jim was born, so their children could then attend the nearby Blandford School before going on to boarding school, then university.

Her three daughters all had lovely home weddings and her two sons took over the running of the properties in the 1980s.

Ethel has always been very active in the community with the Red Cross, County Women’s Association and she also started the Murrurundi Home Care. 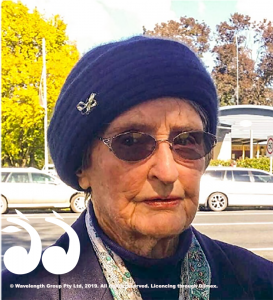 Each winter she went and stayed with her friend in Queensland at Deception Bay and had holidays with her brother.

In 1991 she visited Peter and Ali when they worked for the Royal Family at Windsor Castle.

In 1988 she moved from Bloomfield North to a nearby recently built Merringanee and helped establish the new garden there.

In 2005 she moved into Murrurundi to have a smaller house and garden to look after however, most days she makes the journey back out to the farm.

In 2019 Ethel fell in the driveway and broke her hip.

After having it operated on and pinned she is now back to walking and driving.

Now, she has 15 great-grandchildren and keeps up with them all.

Ethel said her largest achievement in life is “having her family and bringing them up”. 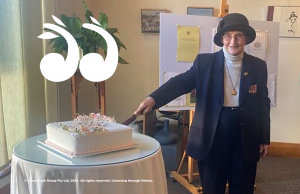 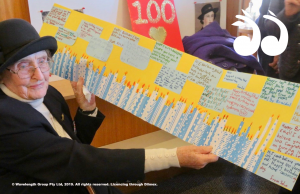 Ethel pictured with the birthday card she received from Murrurundi Public School. The students drew 100 candles across the bottom. Photo provided by Peter Haydon. A myriad of official birthday letters sent to Ethel, enlarged for display. Haydon Hall was flooded with flowers and cards from Ethel’s friends and family as they shared morning tea together. “Mrs Haydon, I am pleased to hear that you are celebrating your one hundredth birthday. My sincere congratulations and best wishes on this very special day, Elizabeth” – Her Majesty The Queen. 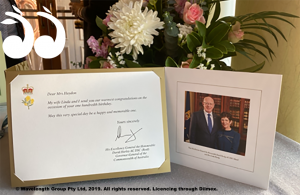 “Dear Mrs Haydon, My wife Linda and I send you our warmest congratulations on the occasion of your one hundredth birthday. May this very special day be a happy and memorable one. Yours sincerely, His Excellency General the Honourable David Hurley, Governor General of the Commonwealth of Australia”. Portrait of Ethel and Jim Haydon. 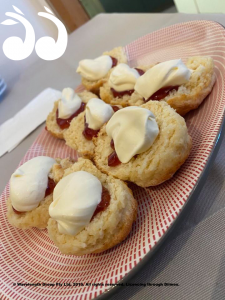