MURRURUNDI skaters met at the Youth Centre today to weigh in on the new skate park to be built at the Wilson Memorial Sports Complex, but the ultimate style question remains, will it include a bowl or a street skate layout?

The new skate facility is part of a $256,252 project that will also include a ‘learn to ride’ bike path, funded by the Stronger Country Communities Fund.

Tegan Annas Project Consultation Manager, said the meeting held today was about hearing from kids and parents in the community about how the space can be further utilised.

“We’re just getting community ideas on what they want, whether the kids want a bowl or street style elements and also looking at possible locations,” Tegan said.

“We expect to see an increase in skating again, now that it’s in the Olympics…I’ve got a folder of emails from kids who are excited about the project,” she said. 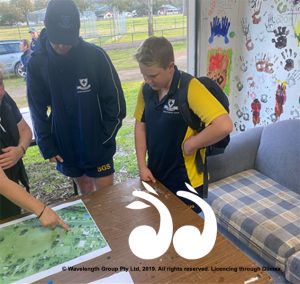 “All the shops are right next to the Youth Centre so it’ll be easy to access” -Jack and Tom Riordan in deep discussion over the skate park location.

Brothers and shred enthusiasts, Jack and Tom Riordan are both pumped about the project and made sure they put in their suggestions.

“A lot of street sections, a few rails and a nice bowl would be nice, I’d love to get better in a bowl,” Jack said.

“I’ve got friends from other towns who also skate and they’d probably come here if I told them to,” Jack said.

“Best thing about skating is you don’t really have to worry about anything, you can just do what you want, just hang out with mates and cruise around,” he said.

Katherine Jennett, Youth Worker at Murrurundi, said she is excited to gain another facility near the Youth Centre.

“It will be a great to addition for the young people in the area,” Katherine said.

“Also for families travelling through, to stop and have a break, use our skate park, use the playground and toilets here and just enjoy our lovely town,” she said.

“After the drought that everyone’s experienced, it’ll be wonderful for the kids to have something to look forward to and enjoy, that’s what it’s all about,” she said.

Once community consultation and design works are finalised, a timeline for commencement of works will become available.