Recent News > Have You Seen This Man

Have You Seen This Man

NEW South Wales Police are asking Hunter residents to keep an eye out for Norman James Daniel in relation to cattle stealing offences in Mudgee where it is alleged that he stole cattle from the Mid Western Regional Council Saleyards.

Mr Daniel is known to frequent the Aberdeen and Muswellbrook areas and people are urged not to approach Mr Daniel but to contact local police who have an arrest warrant for him after he failed to appear in Mudgee Court, Mr Daniel’s is also urged to surrender himself to any NSW Police station. 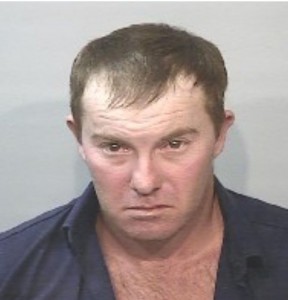 Norman James Daniel, a 46 year old sought by the NSW Police in relation to cattle stealing offences.
Photo from The NSW Police.

“Police have exhausted lines of enquiry to find Mr Daniel and are seeking the help of the public, someone knows where he is so I would urge them to contact Crime Stoppers with any information of his whereabouts,” Inspector Froml said.

“Those on land are finding it hard during this time of drought, so crimes of this nature where a farmers livelihood is taken away are particularly disturbing and any information regarding these crimes needs to be reported to Police,” said Inspector Froml.

He is described as being 167cm tall, medium build with a ruddy complexion with brown hair and brown eyes.