DURING December last year, the Office of Local Government (OLG) advised the Upper Hunter Shire Council it will undertake an independent investigation into the failure of the Merriwa-Willow Tree Road.

Council will hold an extraordinary meeting on Thursday to table the letter from the OLG notifying them of the investigation and the terms of reference. 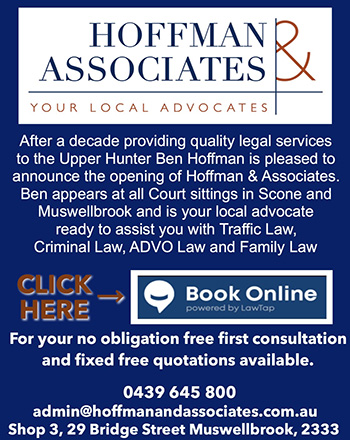 Upper Hunter Shire Mayor Maurice Collison said he is quite happy for the investigation to happen because Council needs to know the reasons for the failure.

“We’ve got our ideas of what happened and what went wrong and I’m quite keen to get a second side of the story,” said Cr Collison.

Last year, Council commissioned a specialist to design the $7 million reconstruction of the road, to bring it to B-double capacity.

Designs are finalised and out for tender, with works expected to take two years once the tender has been awarded.

Today Council released a statement saying the ongoing geotechnical investigations and rebuild plans are continuing separately under a multi-agency project control group and will not be delayed.

However, Cr Collison said the timeline for when contract tenders will be awarded and construction commencement still depends on what the OLG has to say.

“It depends on what OLG come up with,” said Cr Collison

“I’m hoping it doesn’t interfere with the timeline.”

The Australian Government has provided a further $2 million from the Heavy Vehicle Safety and Productivity Program and Council has a loan facility of up to $5 million to pay for the reconstruction.