scone.com.au
MENUMENU
InstagramTwitterFacebook
Just In > Koalas Need to Board the Ark Urgently

Koalas Need to Board the Ark Urgently

Filed in Just In by Elizabeth Flaherty January 9, 2020

AUSSIE Ark have announced they are expediting a place for koalas to call home at their sanctuary in the Barrington, following the devastating bush fires and are fundraising for $369,000 to help fence the sanctuary and assist in fire-proofing the protected area.

At the start of last year the conversation charity began plans to establish Australia’s largest wild koala sanctuary with 1,500 of the species to be opened in the Aussie Ark by the end of this year, but the recent bush fires have created an urgent need for habit for koalas which have survived the fires.

Tim Faulkner, president of the Aussie Ark explained more than 90 percent of the koala habitat had been lost before the fires, with much of the remaining 10 percent now decimated.

“Devastatingly, the fires have decimated a large portion of the koala population with known strongholds in New South Wales, Victoria and Kangaroo Island being destroyed,” said Mr Faulkner.

“When the fires are out it is just the beginning for us,” he said. 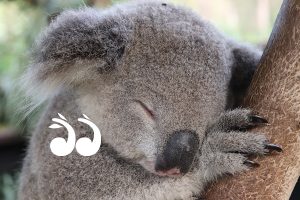 “More work will go towards rebuilding, rescuing and protecting,” he said.

“So much has been lost already and it won’t come back without help!

“There is so much focus on the rescue and rehabilitation of the burnt koalas, which is important!

“But we are focusing on what happens after, the koala need habitat to go to, to feel safe,” Tim Faulkner said.

The Aussie Ark has secured 5,750 hectares of wilderness for Koala Ark in the Barrington Tops, which will also be made available for injured and displaced koalas from the fires.

Support Aussie Ark by donating to the campaign and visit their website to learn more about the organisation: www.aussieark.org.au