Longhorns Decide To Settle In Scone

IN a tough market the Texas Longhorns Australia annual show and sale in Scone had surprising success.

The new facilities at White Park allowed the sale to go online for the first time, creating a bigger market, explained John Hoare, organiser of the event.

“It was a good sale considering the conditions, vendors knew it was going to be a tough sale and had realistic prices,” said Mr Hoare.

“I think if anything when the season changes, so will the prices, as soon as people get a break and have some growth females will be sought after and quite honestly it won’t matter what bred it is, we just need the drought to break,” he said.

“Cattle came from all over the eastern seaboard and it was the first time we worked in conjunction with Elite Livestock Auctions and that saw cattle sold to Queensland and back into Victoria, so it created a lot more bidding opportunity with people online and created some competition.

“The Scone facility is amazing, being the first time, we were learning from it and there are a few things we would change next time, but it worked really well and is an outstanding facility.

“Absolutely, we’ll be back in town next year and we’ll continue to build in Scone over the years,” he said.

Dean Taylor, auctioneer for Rural Co Scone, said next year Scone will have even more options for the sale. 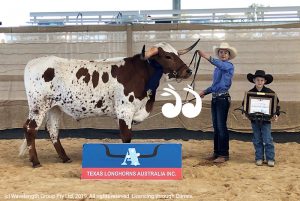 “It’s the first time they’ve run it here at White Park and hopefully the sale yards will be finished next year which is under cover and that gives them another option, so there’ll be a couple of options here in Scone,” said Mr Taylor.

“The sale was tough enough, but we knew it would be with the season,” he said.

“The clearance was pretty good, we didn’t pass many in at all, albeit the prices were a bit disappointing, but they brought them here to sell them and they’ve gone,” he said.

“It’s (the drought) very widespread and we’re all in it together and hopefully the weather turns soon,” Dean Taylor said.