THERE was only one nomination for Mayor and Deputy Mayor this evening at the Council meeting, with Cr Maurice Collison being elected Mayor and Cr Kiwa Fisher elected Deputy Mayor until the general Council elections in September next year.

Mayor Collison thanked the Deputy Mayor, his friends and family for their support. 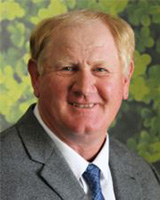 “To my fellow Councillors I’m certainly looking forward to working with you as close as I possibly can, with a friendship and in the right manner, for the best and well being for the whole of the Upper Hunter Shire,” said Mayor Collison.

“I’m sure we’re going to be a good team, let’s work together and make this the best Shire we can possibly have,” Mayor Collison said.

Cr Watts put forward the motion for Council not to hold a by-election, which was seconded by Cr Campbell and passed unanimously.

“It is unfortunate we have had to have our term extended, I would have been quite happy to move out in September and I was looking forward to retiring, however, being voted in I will continue to do my best until the next election,” Cr Watts said

“I certainly support this because I don’t think any community or Shire should have to pay the cost of a by-election because someone has left early,” she said.

Cr Abbott asked if the former Mayor Wayne Bedggood had provided a reason for his resignation.

“Why did Cr Bedggood resign? What were the circumstances and is there anything we ought to know?” questioned Cr Abbott.

Mayor Collison said he did not think it was “the right spot” for the question and asked the General Manager to take it on notice.

“I don’t think this is the right spot for that question Councillor Abbott but the General Manager will take that on notice and well certainly get something back to you,” Mayor Collison said.

“It’s a very personal thing I don’t know myself, and he’s got personal reasons so I can’t comment sorry,” he said.