MERRIWA and district Australia Day Awards were held at the Cassillis Bowling Club with a large gathering leaving standing room only.

Ambassadors Lana and Roger Borg travelled from Penrith with their two children to attend the event, their foundation, the Mama Lana Foundation was born out of Mrs Borg providing hot meals for firefighters in 2013 and now has more than 80 volunteers providing meals for those in need six nights a week along with a host of other community projects.

There were two Citizen of the Year Awards given this year with a committee vote not being able to separate them.

Mike Gilder, recipient of one of the Citizen of the Year Awards capturing the essence of what Australia Day is all about and noted that the event was being held in Cassillis where the Sir Ivan fire disaster pulled the community together.

“This award is not about me….it is about the community of Merriwa, we live in a great community here, everyone is here to support and back people up when people are down,” he said.

“We are sitting in Cassillis, the site of the Sir Ivan fire, but as soon as something like this happens the district gets in behind you and backs you and supports you and pulls you out the other end.” said Mike Gilder

Award recipients for 2019 in Merriwa were: 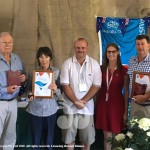 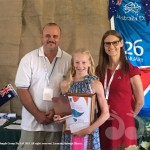 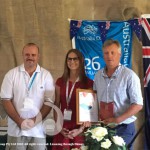 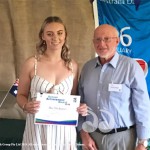 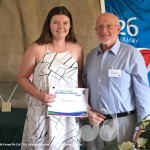 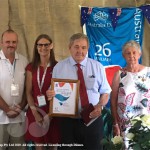 John and Elaine Russell were the recipients of the Sustainability in Business award presented by Australia Day Ambassadors Lana and Roger Borg. 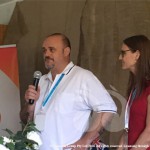