Filed in Just In by Taylah Fellows October 15, 2020
LAST night the Murrurundi Public School was announced the winner of the Environmental Sustainability Water category award in the 2020 Keep Australia Beautiful Sustainable Communities Tidy Towns Awards.
The school was nationally recognised for their innovative water harvesting project, which involved the installation of a sourced water plant, water storage tanks and two drinking fountains at the school during stage six water restrictions. 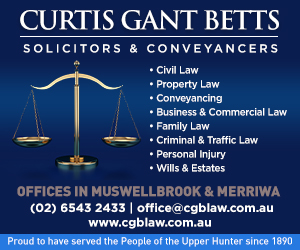 Christina Darlington, Murrurundi Public School’s relieving Principal said it’s very exciting news for the school.
“After all the town has been through with the lack of water and water restrictions, for the school to be recognised for their part in promoting water conservation, it’s very exciting,” Ms Darlington said.
The 10-panel hydro water system installed at the school has solar panels that extract moisture in the air and feed water to a drinking fountain, which allowed students to fill up their water bottles during the devastating drought.
However, the school noticed an excess of water was being produced and went on to build a water storage tank and a second drinking fountain outside of the school for public use.
“Initially a water fountain was installed for the children to access..it was put in place to address the water issue for the town at the time during the drought situation…there were a lot of community members involved in getting that for the school,” Ms Darlington said.
“We then found there was an excess of water being produced, so we received a second grant this year,” she said.
“That allowed us to install some water tanks and it also allowed us to install a second drinking fountain on the outside of the school fence, so that people along the river walk could access that water as well,” said Ms Darlington.
Tidy Towns judge Gail Langley commended Murrurundi Public School for their water management and sustainability measures.
“The Murrurundi Public School, which has a great track record of environmental achievements, received outstanding support from local organisations and groups which worked with the school and broader community to develop and implement several impressive projects, including the installation of a 10-panel hydro system capable of producing 3,000 bottles of water per month,” said Ms Langley.
Ms Darlington thanked the Three Blue Ducks cafe in Byron Bay, who donated their water sales to the original project and the Foundation for Regional Renewal (FRR), who provided a second grant for the water storage tanks.
She said the school committee has already started discussing what they might work towards next.
“We were discussing with the committee this morning…we haven’t made a decision yet but we will continue working towards improving water conservation,” said Ms Darlington. 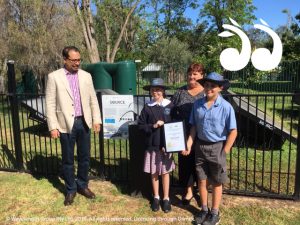 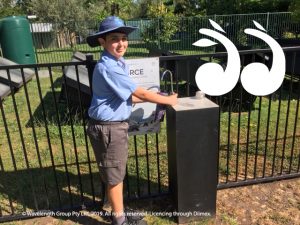