Stuart Sheldrake, stock and station agent for MacCallum Inglis, said an online platform came at the right time as COVID-19 restrictions encouraged producers to use Stocklive when saleyard attendance was limited to buyers and agents only.

“We couldn’t have people attend saleyards so people made ways to purchase their stock they got their local agent or a professional buyer or they were able to do it online and that was a new tool that been introduced recently and it was great timing for it,” said Stuart.

“The online platform has only been around since the beginning of the year and then corona hit and it’s so really made way for itself,” he said.

Patricia Taylor, Moonan resident and cattle producer said she believes Stocklive has opened up the market.

“After watching one auction online, COVID19 is the best thing that ever happened for the simple reason that it opened the market up,” said Patricia.

“There were video broadcasts online by Stocklive therefore, you had buyers from all over the country and not just your local buyers,” she said. 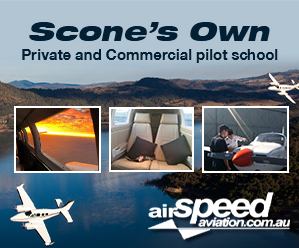 “It comes back to your competition argument, so the more people you got in there, the more competition you got so there’s a better chance of getting a better price,” she said.

Patricia said Stocklive will aid Australian farmers who are trying to restock after offloading during the drought.

“Now Queensland has been in drought for 10 to 12 years and some places have been able to restock to a point, and every now and again you see buyers or agents come down from Queensland or up from Victoria; well now with Stocklive they don’t have to do that, all they have to do is tell the agents they want cattle and to get online and have a look at the sales in New South Wales,” said Patricia.

“If a farmer in Queensland is looking to stock and New South Wales is the only state that has cattle up for sale at the moment then they’re going to get online and look at your stock and that saves them a cost in that they don’t need to send an agent to New South Wales to have a look at the cattle,” she said.

Other methods of selling include the engagement of buyers who liaise with suppliers instead of attending saleyards.

Toby Hammond, Scone buyer for JBS said there are many benefits for farmers who use buyers because they have interface contact with suppliers. 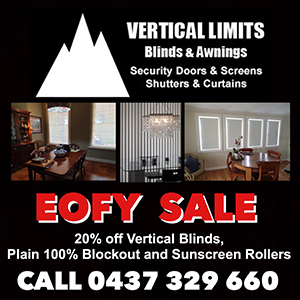 “You’re attending the market each week and talking to them, so you maintain that relationship in a much more personal way but also from a buyer perspective your physically there so you’re getting a better appreciation of cattle in terms of their weight and structure,” said Toby.

Toby said the appeal for farmers to come directly to JBS is due to a number of reasons including brand integrity and traceability.

“From whatever the box of meat they purchase, they want to be able to trace that back to a farmer, so it doesn’t have that same effect or integrity if you’re buying it out of the market,” said Toby.

“Another specification is the MLA (Meat and Livestock Australia) as a grading requirement for our products, we need them to come directly from the sale and not through the saleyard,” he said.

“So the brand that we’re promoting is direct from the farmer and we keep the integrity of the brand because our customers want that traceability,” he said.

Extensive upgrades to the Scone saleyard in 2019 saw the introduction of modern technology systems and truck washes, all of which have the potential to draw in new buyers.

“Expanding the facilities means that when cattle numbers are up they can yard more because they’re set up for it and if there are more cattle there you may attract a couple of new buyers,” said Toby.

“I think in terms of competition, each area has its own draws, a lot of the buyers who attend Scone also attend Singleton so it doesn’t make much difference,” he said.

Stocklive now gives farmers the ability to attend more saleyards, as long as they are able to log-in to the online platform.

“The thing with Stocklive is you need to be computer literate, if the guys can’t get into town watch their cattle sell then they can watch online and that’s the benefit for farmers, the don’t need to come into town if they don’t want to,” said Patricia Taylor.

“Now that they have installed the facilities to do video and phone bidding, they’d be crazy to get rid of it, especially as far as the producer goes,” she said.