THIRTY six players braved the wind on Saturday to contest the September Monthly Mug, sponsored by the Scone RSL Group.  Scoring was extremely difficult and there were some cricket scores recorded, but Tony O’Neill lifted the mug with a score of even par. Jeff Harrington and Garry Taylor managed to tame the par 3s, winning nearest the pin prizes.  A generous ball allocation meant that balls were won by anyone who could score 32 Stableford points, not such an easy task it seems.   Garry Taylor, Tony O’Neill, Tony Pringle, Charlie Manning, Matt Hobbs, Joel Woods, David O’Donnell, Jeff Harrington, Stuart Dawson and Garry Carter all managed to score 32 points or more.

Visitors from Mudgee and Royal Sydney played and were most impressed by the golf course (and the bacon & egg rolls), promising to return.  16 players are left standing in the Kevans knockout  after the weekend’s action and the nomination sheets for foursomes championships both graded and mixed, are on the noticeboard.  Next week we play a 2 ball and individual Stableford event for the Noel Kelly and Charlie Manning Trophy on the A E Shaddock Memorial Day. 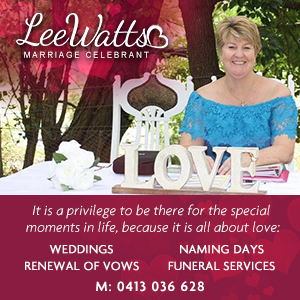 Last Thursday saw a very small field play for the Melanie’s Jewellers Monthly Medal with Jo Brown posting a winning score of 72 nett.   We had two visiting players from The Longyard in Tamworth, one of whom , Wendy Wheeldon, taking out Runner Up on a count back of 72 points.   Ball winners were Maryanne Macklinshaw from The Longyard on 33pts and Dordie Bragg 32pts.     In all a very pleasant day in good company.    Next Thursday is our Hunter Belle Cheese Trophy Stableford Trophy day and the last round of The Thorougbred Trophy for Best Two of Three Stableford Rounds.    After the first two rounds Jodie Hinde is currently in the lead with an aggregate score of 70pts followed by Lyn Banks and Dordie Bragg on 66 pts.

Four Scone ladies have just returned from battling the wind and drizzling rain playing two days in the Nelson Bay Golf Classic.  Given the inclement conditions and also dodging more than enough kangaroo droppings on what is a beautiful 27 hole golf course,  they still managed to return home with a smile on their face but regretfully no trophies on this occasion.