scone.com.au
MENUMENU
InstagramTwitterFacebook
Recent News > Slap on the Back for Festival

Slap on the Back for Festival

Filed in Recent News by Elizabeth Flaherty May 21, 2019

THE author of The Slap, Christos Tsiolkas, will be delivering the Patrick White Oration address at this year’s Scone Literary Festival in November. 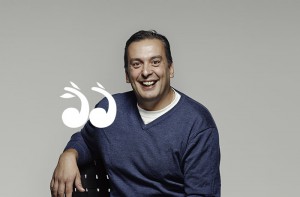 The award-winning novelist, playwright, essayist and screen writer is best known for his novel The Slap and Barracuda, which were both made into hit ABC mini-series.

The Patron at this year’s festival has also been announced, Phillip Adams, described by the committee as one of Australia’s living treasures, broadcaster and writer.

Mr Adams, who has a property in Gundy, said he has marvelled at the growth of the Festival and was honoured to be the patron.

“Having been involved with the Writers’ Festivals and Festivals of Ideas over the decades across Australia I’ve marvelled at how Scone’s event, from small beginnings, has gained true significance, said Mr Adams.

“But our part of the world has always fought above its weight when it comes to writers – with links to Patrick White, Donald Horne, Judith Wright and Barbara Baynton,” he said.

“While honouring the greats our Festival has been turning its attention to younger writers – and readers – in what promises to be another imaginative and creative event,” he said.

“I’m greatly honoured to be its patron,” Phillip Adams said.

The Patrick White Oration will be delivered at a cocktail party in the grounds of the Scone Arts and Crafts Hall and facilitated by Phillip Adams.

« Letter: Red Shirts Mean So Much
Ready for Reconciliation »