LOCAL legend Geoffrey Pund, affectionately known as ‘Pundy’, passed away at 67 years of age, on Sunday Morning at the Scott Memorial Hospital in Scone.

After battling cancer for the last eight years, Pundy sadly suffered a stroke and did not wake up Sunday morning.

A fanatic Bulldogs supporter, Pundy spent his final night watching Penrith and Parramatta face-off on Friday night footy, whilst eating an egg on toast and was pleased to see Penrith win.

He is survived by his lovely wife Karen, three daughters and their partners Melissa and Jade, Nicole and Trevor and Kylie and grandchildren Braith, Kiana, Mason, Jackson and Logan.

Born in Macksville, Pundy moved to Scone when he was a teenager, attended Scone High and proceeded to engrain himself as a beloved Sconeite. 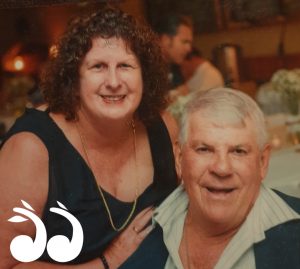 Throughout his life, Pundy worked on the rail line for 22 years, bartended at the Scone RSL Club, was a green keeper at the Scone Golf Club and worked at Kia-Ora and Coolmore Studfarms.

When Pundy was 19 he met Karen, then 16, where else but at a Scone football game and the pair were soon married in 1975.

“He had a beautiful personality, he would help you out anywhere,” Karen Pund said.

“If someone came to our house he’d offer them a tea or coffee within five minutes,” she said.

“He’s played football ever since I’ve known him and was quite into junior and senior rugby league here in Scone,” she said.

“So helpful, always smiling, always talking to somebody, he just wanted to help everybody…he would do anything for a person, he’s just so loveable,” said Karen Pund.

With his long history with local Thoroughbred football club, Pundy was commonly known as “Mr Reliable”. 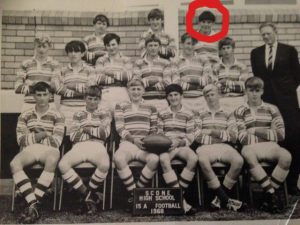 Pundy played for the Thoroughbreds when they won U18 and Reserve grade premierships.

He was also the inaugural coach in 1976, when the Scone 21’s team secured the 2nd Division Premiership and Scone made history by winning all four grades.

Jamie Munn, committee member of the Thoroughbreds junior league said Pundy will be sorely missed by the entire league.

“He was first on there to help out and the last to leave…when I got involved with junior league ten years ago, he was the first one to give me a hand,” Jamie said.
“Everyone liked him, he had the personality…the kids loved him, whether he was sneaking them cans of drinks or lollies from the canteen, he just had that aura about him,” he said.
“To do all of this for the league over ten years, without a son, to do all of that with your time, that’s how much he loved rugby league,”he said.
“He was always first to arrive and last to leave,” said Jamie Munn.

Pundy’s daughter Melissa, said her dad was always community driven and her family is overwhelmed at how the Scone community has now “pulled together” for her dad.

“All the footballers from the old boys, the seniors, the juniors, the girls league tag, everyone has been sending the most beautiful messages and our phones haven’t stopped,” Melissa said.

“I just can’t believe how lovely Scone is,” she said.

“Dad was also very involved with drought relief,” she said.

“As crook as he was, he’d drive out to properties to make sure they had water, food for their dogs and drop off gift cards,” Melissa said.

Karen Pund wants to thank everyone for their kind words, phone calls and generous flower and food deliveries.

A Funeral service will be held at 11am tomorrow, at the Church of England Lawn Cemetery in Scone.